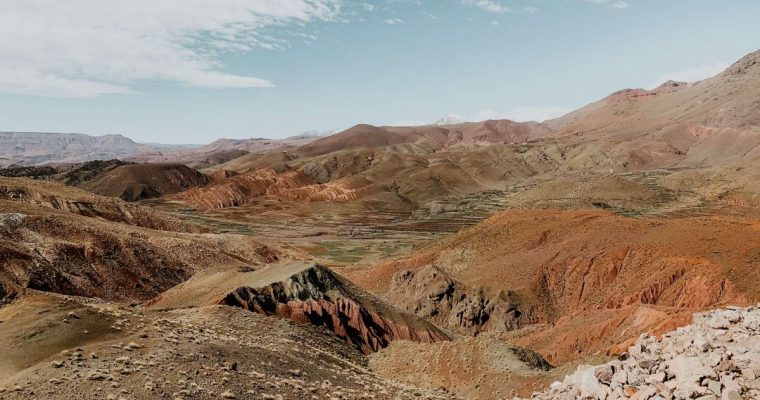 Morocco is a dreamy place. Everything about it seems to scream adventure, from its landscapes to its architecture and even its people. With a history as rich as Morocco’s – where so much of our earliest human history originated – I felt that I was standing on significant ground wherever we went when I visited with a friend last spring. As if there was something historically important about every scene we came across, every building, every city.

Often times I’d learn in passing something some shocking fact – that the beautiful archway we just passed through was the entrance to one of the worlds first universities, founded by a woman, hundreds of years ago. Or that the dry terrains we were crossing through used to be ocean in millennium past, and that now the earth carries the footprint of millions of creatures that dried up in her soils, so much so that fossils are sold in mass throughout Morocco.

The serenity in the call to prayer echoing through the cities and intimate tea ceremonies among travelers and friends contrasted sharply against the mysteries offered by the vast deserts or winding Medinas packed with shop vendors and visitors.

I’m far from a professional photographer and likewise for my friend, Dylan, with whom I was traveling. Still, Morocco was eager to be photographed and I couldn’t help but share some of my favorites from our time in Morocco. I spent five days observing as much as I could from Casablanca to Marrakech, through the Atlas Mountains, Dades Gorge, and Sahara Desert, to Fez and back to Casablanca. Though it was a small snapshot, it was one that left a remarkable impression. Here are 16 of my favorite Morocco pictures (most of them taken by Dylan since I lost my phone and broke my camera early on) that I’m sure will give you Wanderlust and have you booking a trip soon too.

We visited Ksar Ait-Ben-Haddou on our first day of the tour and were treated to these impressive views of this 17th century city. It’s a UNESCO World Heritage site and also the film site for movies and shows such as:

The ksar, a group of earthen buildings surrounded by high walls, is a traditional pre-Saharan habitat. The houses crowd together within the defensive walls, which are reinforced by corner towers. Ait-Ben-Haddou, in Ouarzazate province, is a striking example of the architecture of southern Morocco.

Views from inside the courtyard of a block in the Medina of Fez. We opted for a 3 hour tour and were so glad we did because there was NO WAY we were finding anything in that maze on our own (nearly every building was multi-stories like this one, with hardly enough room to lay down long-ways in the narrow roads).

Views from the rooftop of our Riad in Fez, and our afternoon tour through the Medina. Almost all the roads were packed to capacity, and though you could barely spare time to take in the detail for the crowds, each post and corner and sign were made with impeccable attention to design.

So many courtyards featured these intricate corner-ways and many, if not most, of the molds were hand-carved painstakingly by artists over countless hours of work.

I hope you’re convinced, after seeing these dreamy Morocco photos, that you need to add this magical country to your bucket list. Whether you’re there for the food (delicious), the landscapes (awesome in the most traditional sense of the word), or the history (immense), I believe you’ll find it here. My tour guide from Morocco Happiness Tours said that Morocco is the land of happiness – hence the name of his tour company – and I felt that from every person I spoke to. Hicham spoke everyday of the joy of showing us his planet, of wanting to share his world.

Though I had only a taste of the country, I couldn’t help but leave sharing Hicham’s enthusiasm. I hope Morocco is a world you’ll explore for yourself someday. 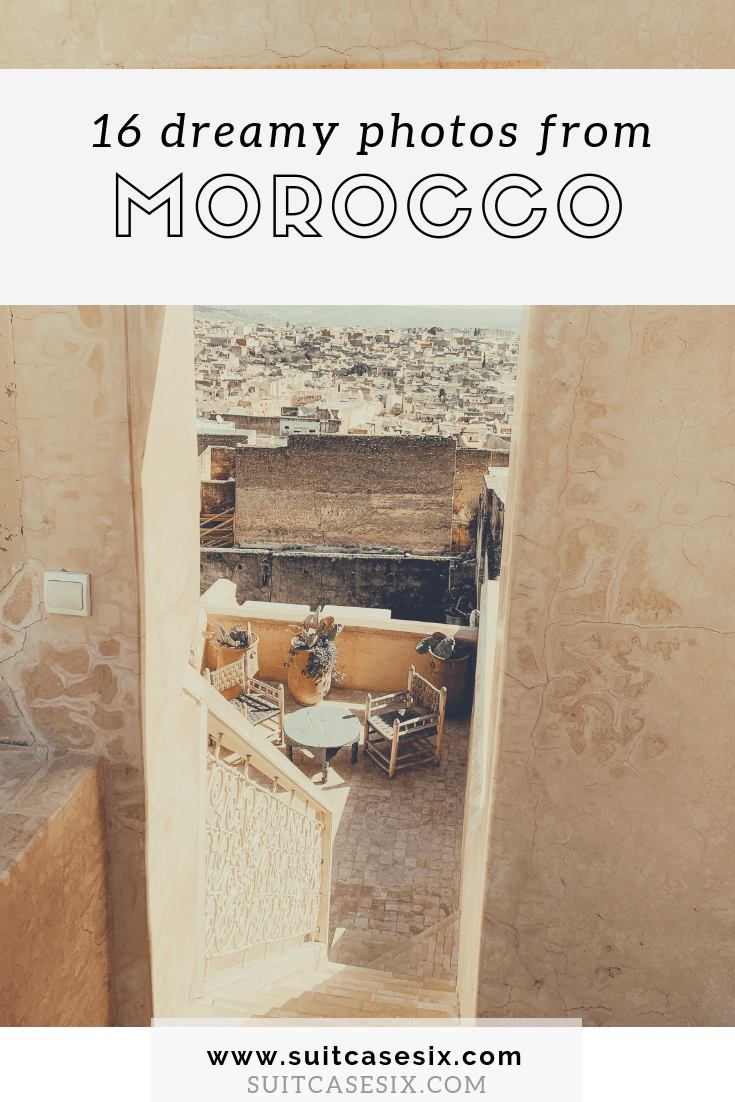