5 Reasons Why Seattle Should be on Your Bucket List 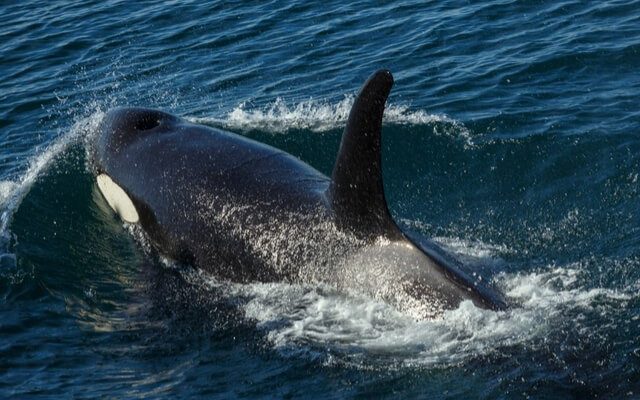 Sometimes overshadowed by more famed West Coast destinations like San Francisco and Los Angeles, Seattle brings a distinct and refreshing “Pacific North” factor to the West. And what does that mean? It means cooler temperatures, snow-capped peaks, clear cool lakes, an endless list of outdoor activities, a proud music and art tradition, and a population determined to make its city as eco-friendly as possible.

For working women with a passion to get out into the great outdoors and take on new adventures, Seattle is hard to beat. You’d be hard-pressed to find another place that offers the typical benefits of a major city while still being so firmly in touch with its surrounding nature. With that perfect balance in mind, travel startup AllTheRooms has created a list of the top five reasons why Seattle needs to be on your bucket list.

Read this next: 20 Tips for Sustainable Travel 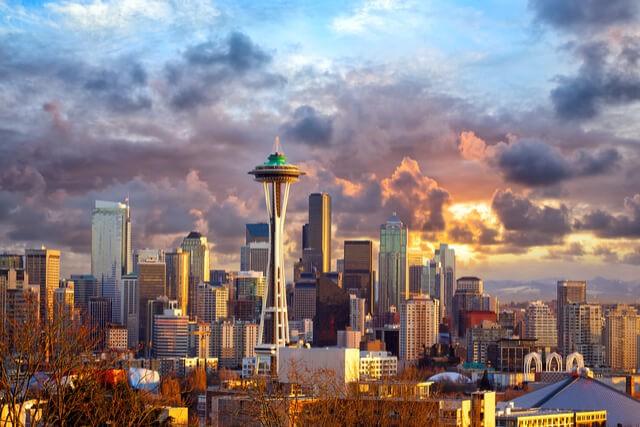 Imagine sitting in a kayak away from the city noise, the silence only being broken by the occasional screech of a seagull and the sound of the waves lapping against your boat. Out of nowhere, a loud breath breaks the water’s surface and a cloud of mist shoots up to the sky. Seconds later the ocean’s apex predator glides smoothly right under your kayak in a flash of black and white. It may seem like something from Planet Earth, but this experience is a mere day trip from Seattle. Head out to the San Juan Islands and reserve a kayaking tour—you’ll swear the city is thousands of miles away. 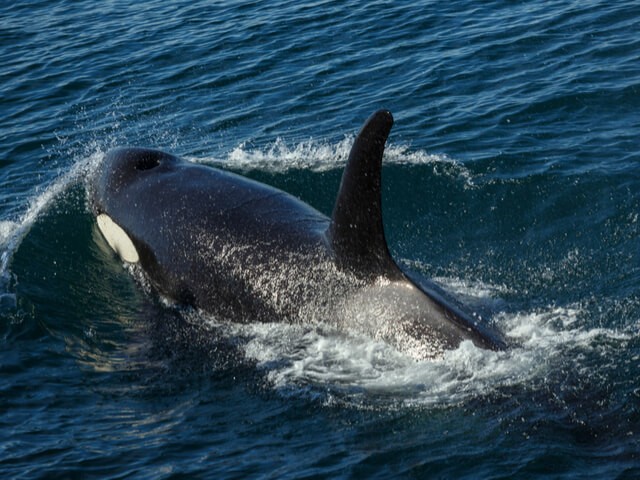 Read More: 5 Places to Stay in Seattle for Under $100 a Night

Few cities are as passionate about their sustainability efforts as Seattle and the results of years of ecological planning are quite impressive. Seattle is one of just five major cities in the US in which more than half of the city’s commuters don’t drive to work by themselves. Seattle residents also recycle roughly 70 percent of their household waste and if that wasn’t enough, Seattle City Light became the first city utility to become carbon neutral. Maybe when you have orcas offshore and breathtaking mountain ranges rising up around the city, you tend to think harder about your effect on the environment. Whatever it is, Seattle is seeing postive effects. 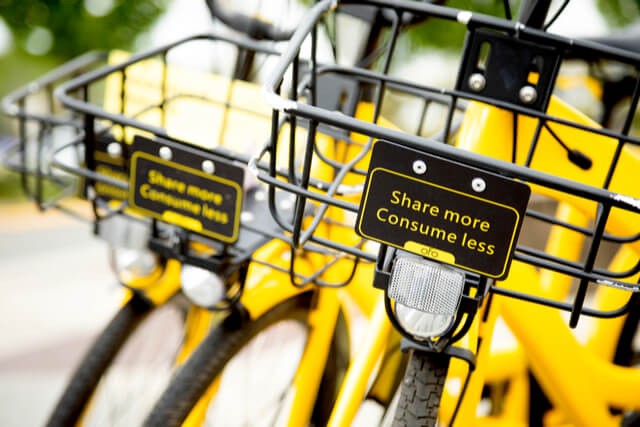 From an urban landscape to the Pacific Ocean to mountains to rainforests to deserts, Washington has it all and Seattle is the perfect place to launch your adventures. Visitors will be surprised at just how much is just a day trip away. We’ve already recommended taking kayaks around the San Juan islands, but choosing a hiking trail up Mount Rainier (a 14,000 peak, volcano, and glacier) is equally impressive. The views out on the city and the evergreen forests are nothing short of spectacular.

You can also hop on a bike and cover the 21-mile Burke-Gilman trail from Lake Washington to Puget Sound. The trail follows an old railway line and brings you through lush greenery and along the beautiful coastline. Elsewhere, four hours from Seattle, lies the Hoh Rainforest—an overwhelmingly green protected area filled with mosses, ferns and a wide variety of tree species. The area receives between 140 and 170 inches of rain a year so remember to bring your rain jacket! Oh, and don’t forget your camera! The forest is absolutely gorgeous. 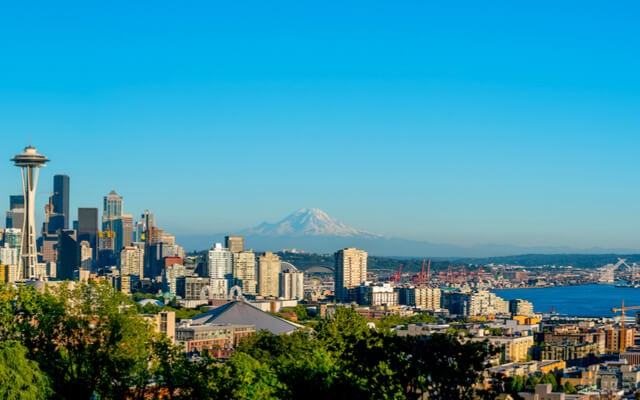 Seattle has a long coffee history. Ever heard of Starbucks? With all that historical significance comes plenty of coffee shops. And with those coffee shops comes plenty of digital nomads. Whether they’re there for all the activities of Seattle or for a place to gather, work and network, all digital nomads with a special love for the great outdoors will find Seattle the dream destination.

Chocolate is also pretty popular too, so it might be worth hitting one of Seattle’s many chocolate shops for some treats to accompany your coffee. 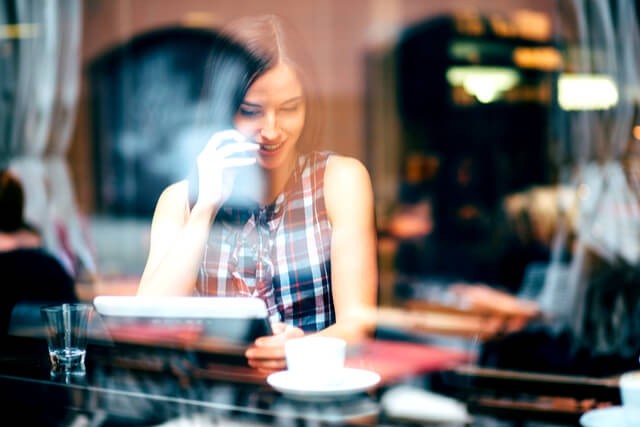 Fresh Pacific Northwest salmon in Seattle is like getting pizza in Brooklyn, classic barbecue in Texas or jambalaya in New Orleans. It’s a right of passage for visitors in the area. But don’t think it’s only fish on the menu! Oysters and crab also stand out as the cuisine of the city. There are some excellent sushi spots across the Emerald City or head down to Pike Place Market for fish getting tossed around in the morning, only to end up on your plate later that day.

A trip to Seattle demands the best accommodation for you and your group. Maybe it’s an Airbnb with a view out over the water. Maybe it’s a hotel just around the corner from everything. Maybe it’s couchsurfing with a host who loves to get out and hike. For the widest selection of rooms in the city of Seattle, check out all the places to stay in Seattle on AllTheRooms. 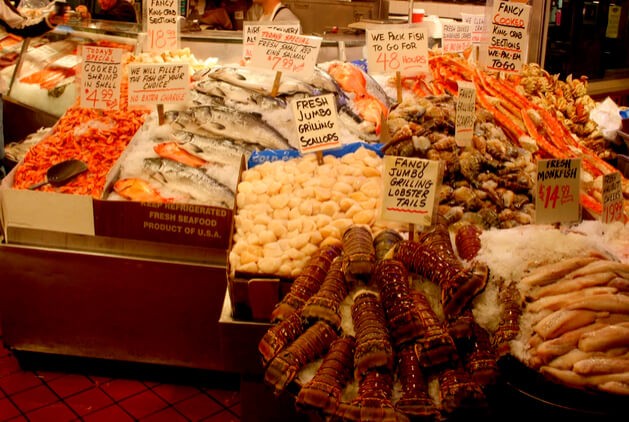 I hope you’ve found these ideas perfect additions to your Seattle Bucket List! It’s one of my favorite cities in the United States and I’m sure you’ll love it as much as I do. Thanks to AllTheRooms for sharing your top Seattle sites.

THANKS FOR READING 5 REASONS WHY SEATTLE SHOULD BE ON YOUR BUCKET LIST!

Want to read more on US locations or other Suitcase Six travel guides? Try these next:

6 Stops to Make in Central Park

Underrated Indiana: 18 Reasons To Add This Midwestern State To Your Bucket List

For help making sure your next adventure is eco-friendly, get the free Sustainable Travel checklist when you join the Suitcase Six mailing list! 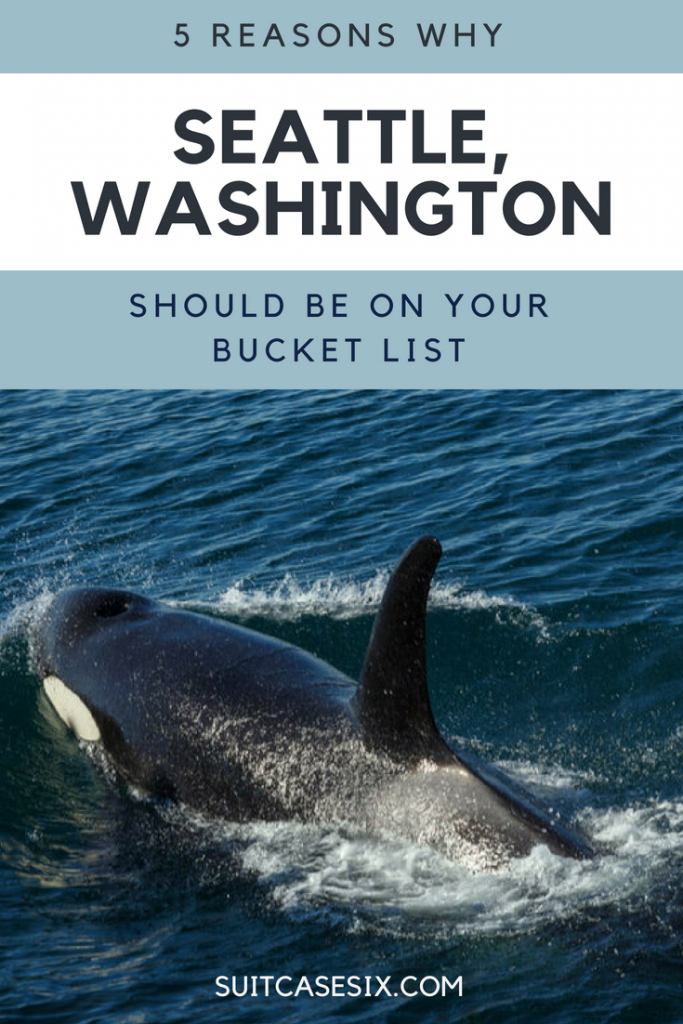