Woman of the Week: Hazel 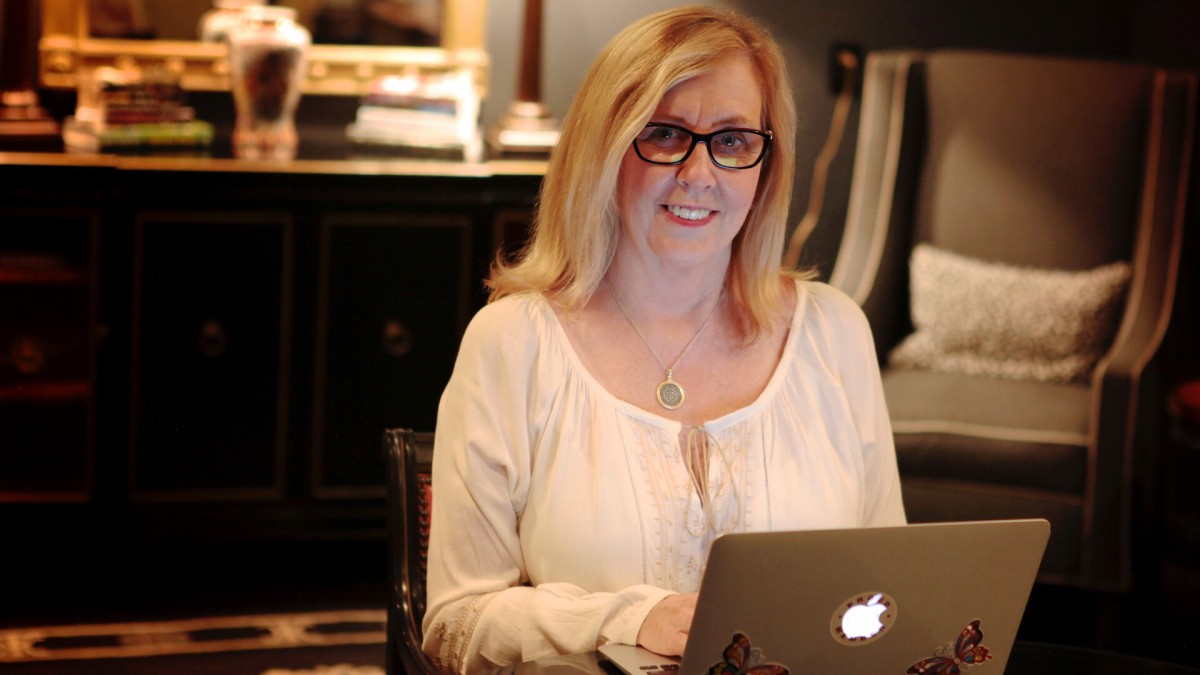 Contents hide
1 Connect with Hazel: FACEBOOK BLOG
2 1. Tell us about yourself.
3 2. Why do you travel?
4 3. How do you balance travel and work?
5 4. What is the best lesson you’ve learned from your trips?
6 5. Tell us about one of your favorite travel experiences.
7 6. If you could share one travel tip, what would it be?

Hazel is a Global Referrer and Business Relations Expert, public speaker on the topic of networking, and author, though she was a stay-at-home mom who hadn’t left the continental USA until around age 45. Hazel began working after her husband suffered an injury, quickly climbing her way to the top of her field, and now she has expanded her travels to include over 20 countries and has an office in both Indiana AND Australia! Thanks, Hazel, for sharing your experience with us here at Suitcase Six! I’m a small-town girl living an unexpected life. I went to high school, and registered for college but never showed up. I had a scholarship but I went “I just can’t do it’ so I flaked off. I wanted to travel. I got into this business BNI, doing networking and referrals and all of that, and I wanted to travel but I didn’t want to spend a lot of money doing it. I really wanted someone to pay me to do it, so what I decided was to be an expert at what I do and get people to pay me for the knowledge I have. I developed the top franchise in our company, then I wrote a book called “Business, Networking, and Sex” which took me on a book tour, and the book tour took me out of the country. The book was the launching pad for me because that got me a lot of speaking gigs.

I joined Toastmaster, because I thought if I had the knowledge and the skills, there are people who will pay me for it. So I developed my speaking skills so people would hire me. And I do that all by referral, so I get referred to people who want to hire me.

I think I was about 45 when I took my first trip on my own out of the continental USA, so you know I’d been to Canada, I’d been to Mexico. Before that I was a stay at home mom, when my husband fell down a flight of stairs and had a massive brain hemorrhage. He owned an insurance agency, and then couldn’t work for two years, so I had to go learn how to run the insurance agency. I had to learn how to sell insurance, how to network, how to run a business, and I did that very successfully. I sold the business, I bought the BNI franchise, and I thought, ‘You know, this whole networking thing has really helped me a lot, so I should use it to teach other people” and people will pay me for that. So I bought the franchise and that’s what I do. I studied to be a speaker with host masters, started developing my own content, and began speaking and writing.

I love it. I love travelling alone because I love being able to do what I want. Get through an airport quickly, get where I need to go. I love going to Asia more than I love going to Europe because the cultures in Asia are so different than the cultures in Europe and America. When I go to Europe, its kinda like “Not much different than America, everyone looks the same as me,” but when I go to Asia, every single country is different. Africa too, it’s so different than us. I learned in China, that in America – all countries, China does it too – they never tell us the truth about other countries. We hear all this bad stuff [about other countries], but then when you get too those countries none of its true! So, I just really love the idea of learning all that by myself.

I don’t know, I just do the work wherever I’m at. If I’m in Australia and I need to work on US stuff I set time aside for US stuff. The biggest challenge is managing time and making sure you understand time zone differences. There’s an international time clock and it’s a planner and you can just put the city you’re in and the city you’re going to and it will set up your meetings. You’ve got to get really good at time zones – where you are in the world and where everyone else is. It’s got an app you can download on your phone, and it shows you whether your time zones are yellow, green, or red. A yellow and green can match up but a yellow and red cannot – it means I’m probably asleep.

So that’s the biggest thing about balancing, understanding time zones. If I need work done, I have a virtual assistant in America so she’s working on my projects when I’m asleep. And then when I wake up my projects are done. You have to be able to utilize time zones to your advantage. Like right now if I need something done going to Australia, I’m usually going to have to wait a day behind. Probably with balancing work and travel, that’s the most important.

When I’m home, when I’m here, I spend a lot of my time catching up with people that I haven’t seen or my grandkids- I’ve got ten grandkids so I catch up with them. When I’m there [Australia] I’m doing the same thing – but one of the tools that makes it easier is Facebook and Facebook Messenger. I can keep up with what people are doing and have conversations with them, and I check in online at every airport so they see where I’m going and they know I’m coming back and they’re prepared. You have to learn to use the technology that we have, and that’s how I manage it, I just use all the technology I have.

One funny thing I’ve noticed is that Americans don’t know how to place international calls! They have no idea how to make an international call, so I’m always coaching Americans on “Here’s where you find that out, and here’s why you do it and it’s not so hard and don’t be so afraid.”

The most important thing is that all people are the same and they all want the same thing. If you’re courteous and you smile they will do anything for you. Most of the world, contrary to American belief, loves Americans. In Vietnam, they love Americans. They just can’t wait to meet Americans. The Chinese people were the same way. So just smile, be courteous, respectful, and nice. Some of the most disrespectful people I’ve ever met have been Chinese – in fact, their own government has now put a law together that says if you’re being disrespectful or over the top, they will revoke your passport. But I’ve just learned not to judge people, to accept them and learn about their culture.

For instance, I was in Vietnam, and I would get up early in the morning and go out. Early in the morning they’re just starting to open up shops and set everything up. One of my Vietnamese friends said “Listen, if you go out early in the morning and you go into a shop, you must buy something. You can’t leave without buying something. If you do that, you’re doing what Americans’ are doing, and it’s bad luck for the store owners”. Don’t be the first customer if you’re not going to buy. So, any time I would walk into a store, I would buy something. Just food or stuff, so that they would have good luck all day.

I think one of my favorites was going to Vietnam because all we hear is the really negative stuff about the war in Vietnam and blah blah blah, and finding that they lie to their people about what happened the same way as America lies to ours. And the reality is I went through all of those tunnels where all the battles were and I heard the real history of it, and I really enjoyed getting my head around what really happened in Vietnam and seeing how nice and kind the people were. They’re just very – I never met an unfriendly person there.

Here’s the tip I learned, and this is important for women who travel alone. When you’re travelling, a lot of times your cell phone doesn’t work when you go from country to country. And if you’ve booked all your flights yourself or used a small local travel agent, if something goes wrong, nobody knows where you’re at, and you have no way of getting ahold of anyone.

I was flying from Frankfurt –I had done a tour across Germany – flying back to Australia via India. So, we get to India but our flight was detoured and they sent us to Mumbai. They filled the plane’s fuel back up, then they sent us back to New Dehli. Well now we’ve missed all our connections. We get to New Delhi, and you can’t go out of the airport without a visa, and we had no visa. So, they herded us all together, sent us through security, put us in this hotel and took our passports. So now I don’t have a passport, and I’m in India. The travel agent who booked me is sound sleep, its 2am in the morning, nobody knows where I’m at because my cell phone won’t work and there’s no internet.

They didn’t give our passports back till the next morning and that’s when I learned, someone should always know where I am. And if my cellphone is not working and there’s no internet, who would know that? So now when I’m travelling international I use an international travel agency called corporate travel. They always know when my flights delayed, they always know when I’m stuck. But someone knows when I’m at. Which is another reason I check in on Facebook – so someone know where I’ve been last. They can track me. I check into very few places, but I always check into the airport. You need to leave a trail – unless you don’t want to be found! If you don’t want to be found, don’t leave a trail.

Thanks for reading! Want more travel tips from Hazel and women like her?